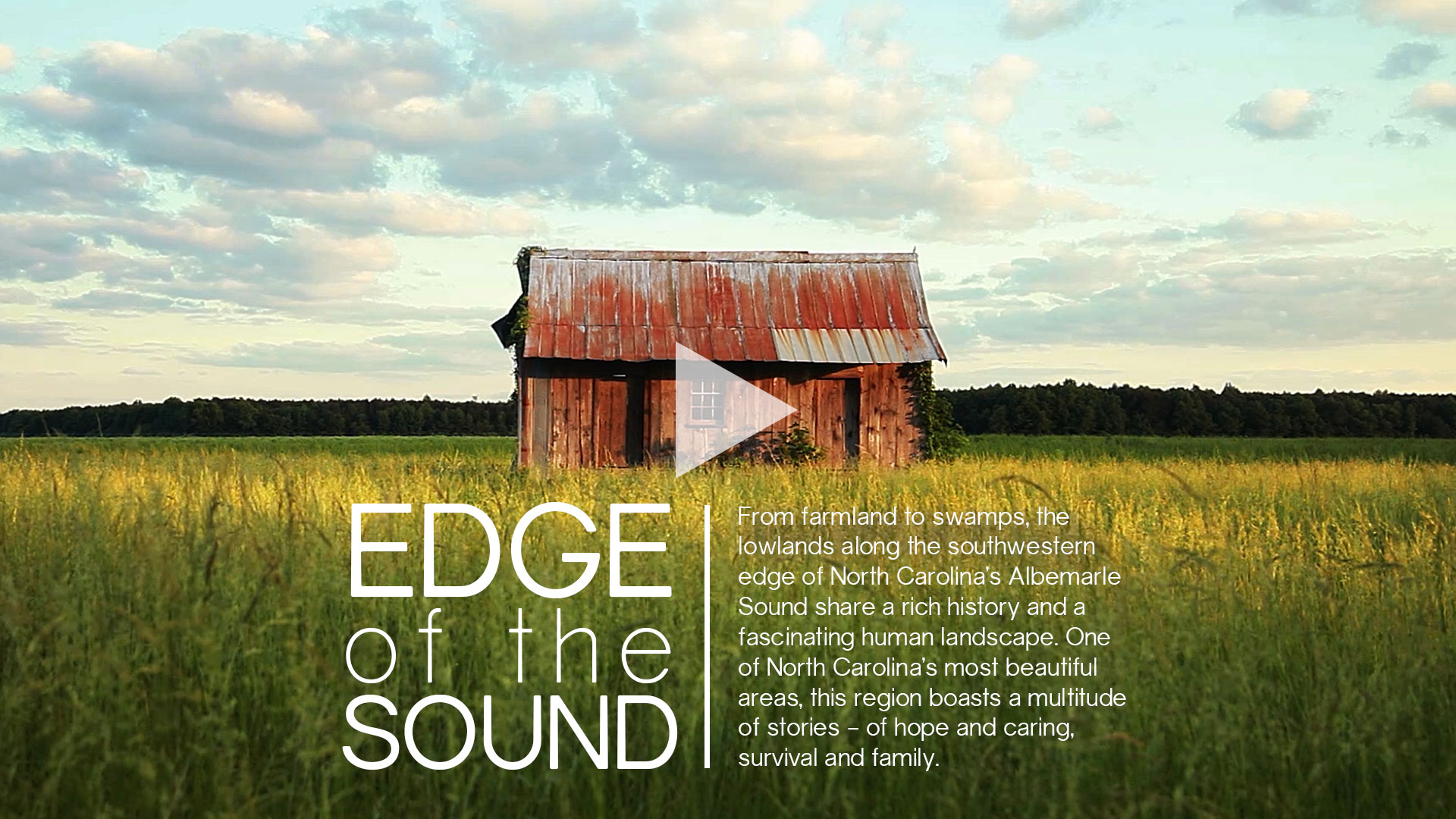 When Walter Davenport was four years old he wanted a playmate. He got one when his brother Ray was born. It’s been 74 years and they are still playing together. Walter Davenport remembers the day his baby brother Ray was born. It was late in the afternoon on August 30, 1939. He had been waiting four years to have a brother, someone to play with. It’s been 74 years since that day and Walter still has his playmate. The Davenport brothers own and operate a commercial fishing business in Northeast North Carolina. They are the only two employees.

“I don’t think there’s no better life than a fisherman’s life.” 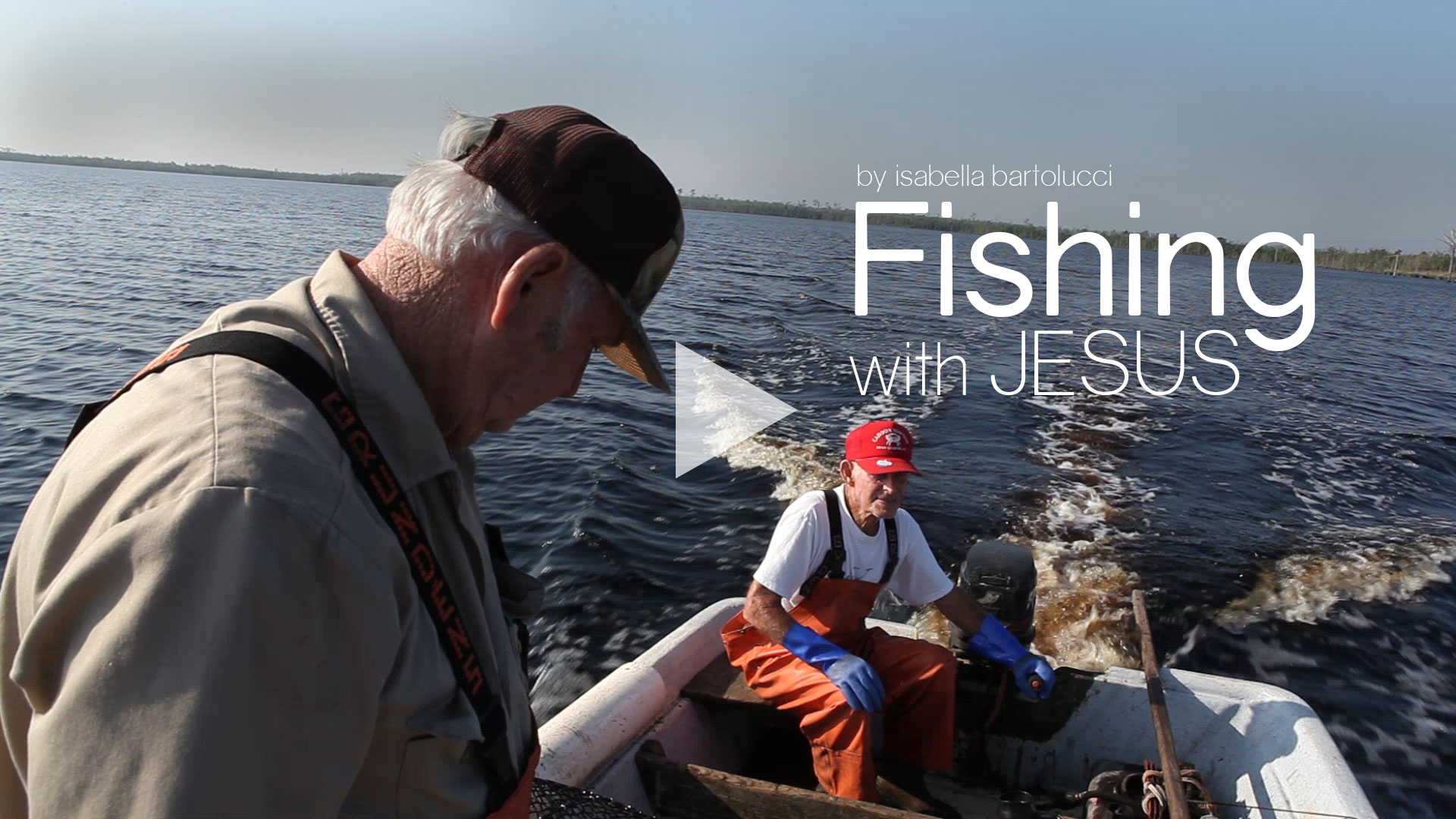 Every weekend children laugh and scream as they race between the arcade games, roller coaster and mini-golf course at Deadwood, a western-themed amusement park nestled within the Bear Grass area of Martin County, North Carolina. Derek Price, who built the park in his backyard, strolls around Deadwood making sure the rides, restaurant and occasional live entertainment are running smoothly. But a much larger concern looms on his mind. 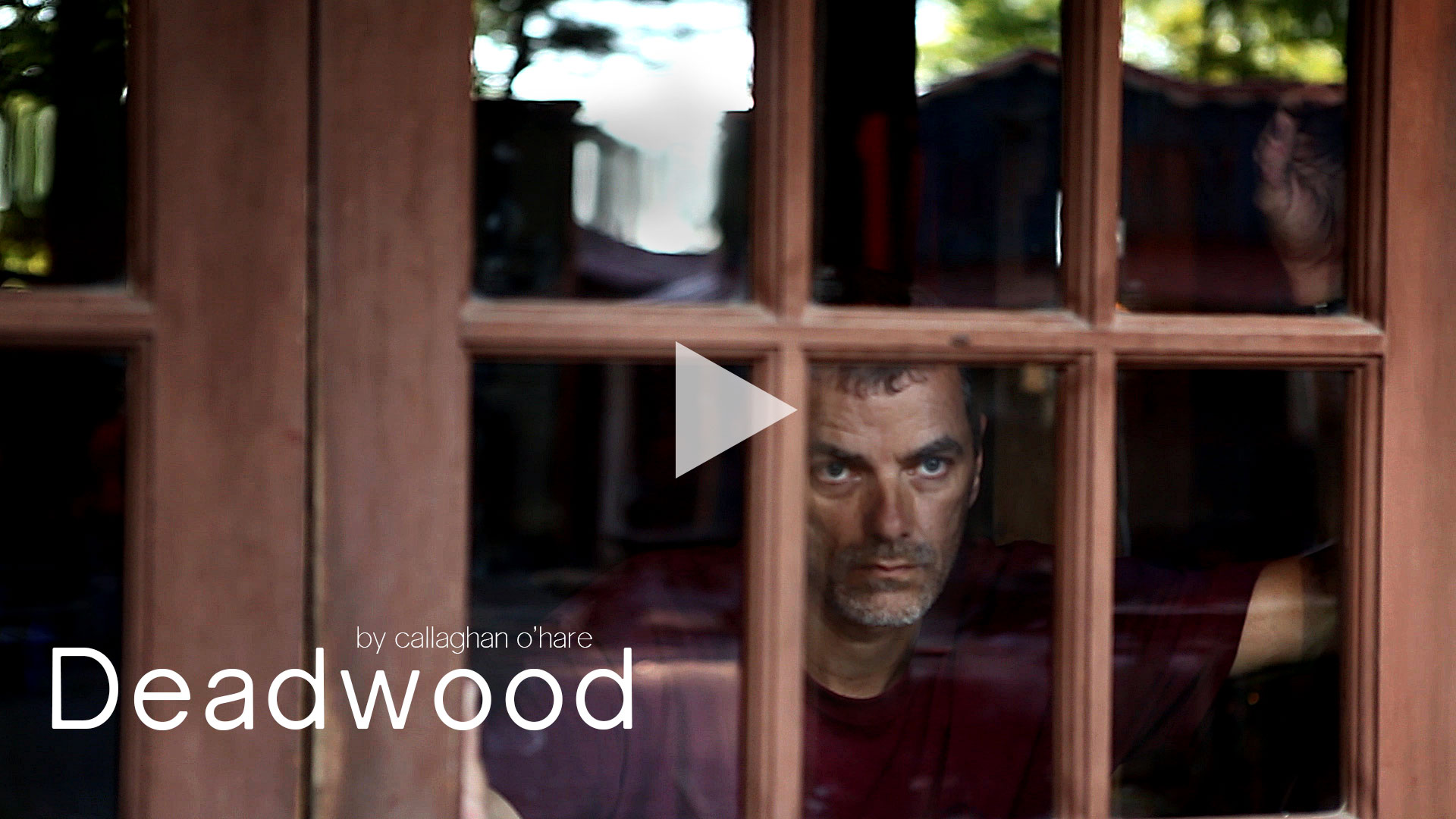 Heart of the Harvest

Each May, hundreds of people travel to Roper, N.C., to pick strawberries and share hugs, stories and laughs with Charles Luton, owner of Luton’s Fresh Produce. People choose Luton’s not simply because of quality produce but because of the man behind the counter. Mr. Charles, who recently celebrated his 80th birthday, is slowing down. As Mr. Charles contemplates his future with the farm, the family must face difficult decisions.

“I think part of the heart will be gone without Daddy.” 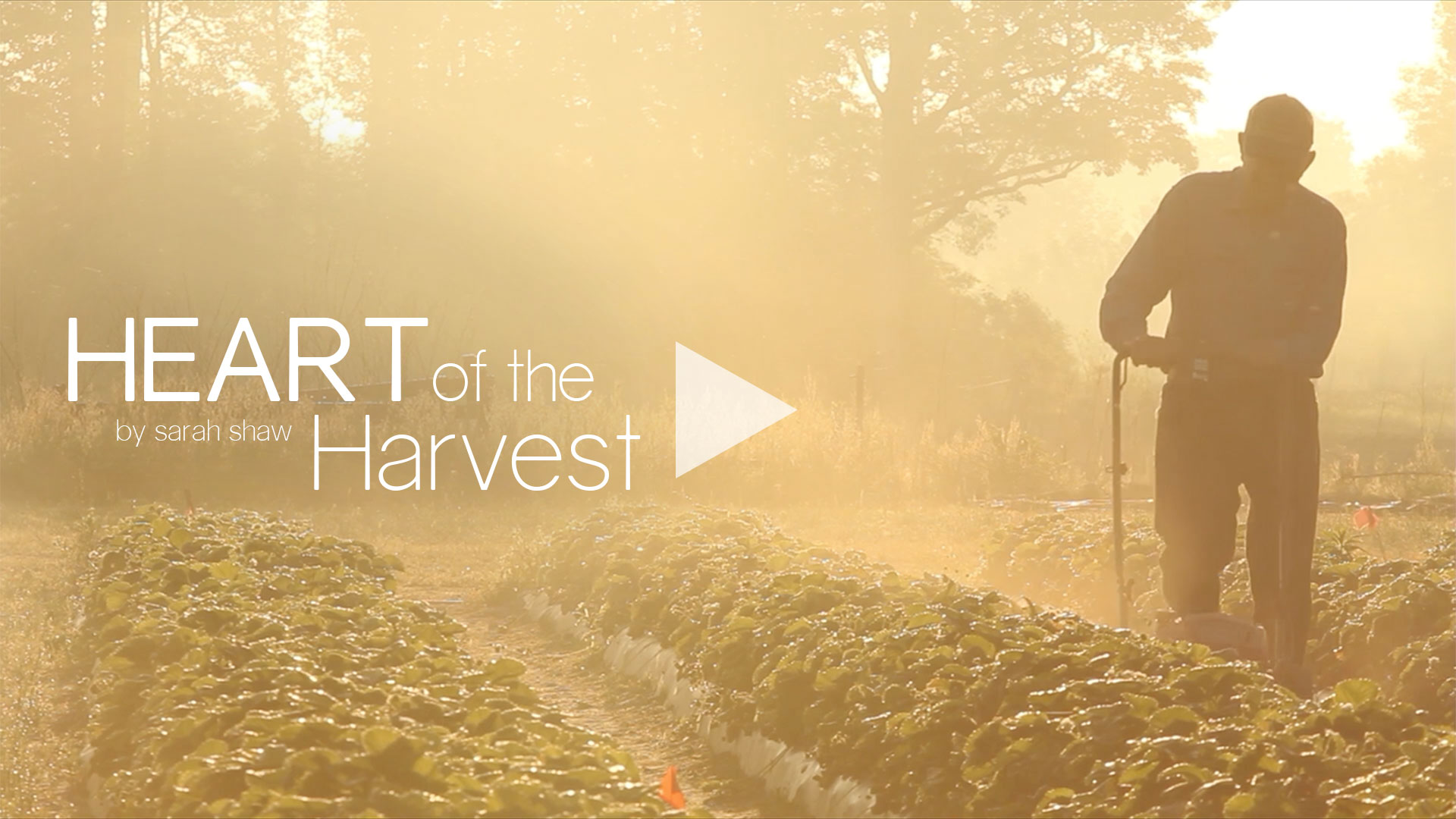 This is a mini doc about Kelly Wilkins, an MMA fighter, sensei, personal trainer, car detailer, and bounty hunter. Wilkins has lived in the same house in Roper, NC since his birth and after being bullied as a child, he devoted his life to becoming a fighter himself.

After being bullied as a child, fighting became the one constant in Kelly Wilkins’ life. For years, Wilkins used fighting as an escape, but several run-ins with the law forced Wilkins to make a decision between right and wrong. Today, Wilkins keeps himself busy in order to stay out of trouble. He works as a personal trainer, MMA fighter, sensei, car detailer, and bounty hunter. Wilkins uses his aggression to fuel his hopes of going pro, leaving his small hometown of Roper, NC, and being reunited with his children.

“The devil works off of idle minds and idle minds is his workshop. So therefore, I try to keep mine idled-up. That’s the reason I have so many hobbies and so many little jobs is because I have to stay busy.” 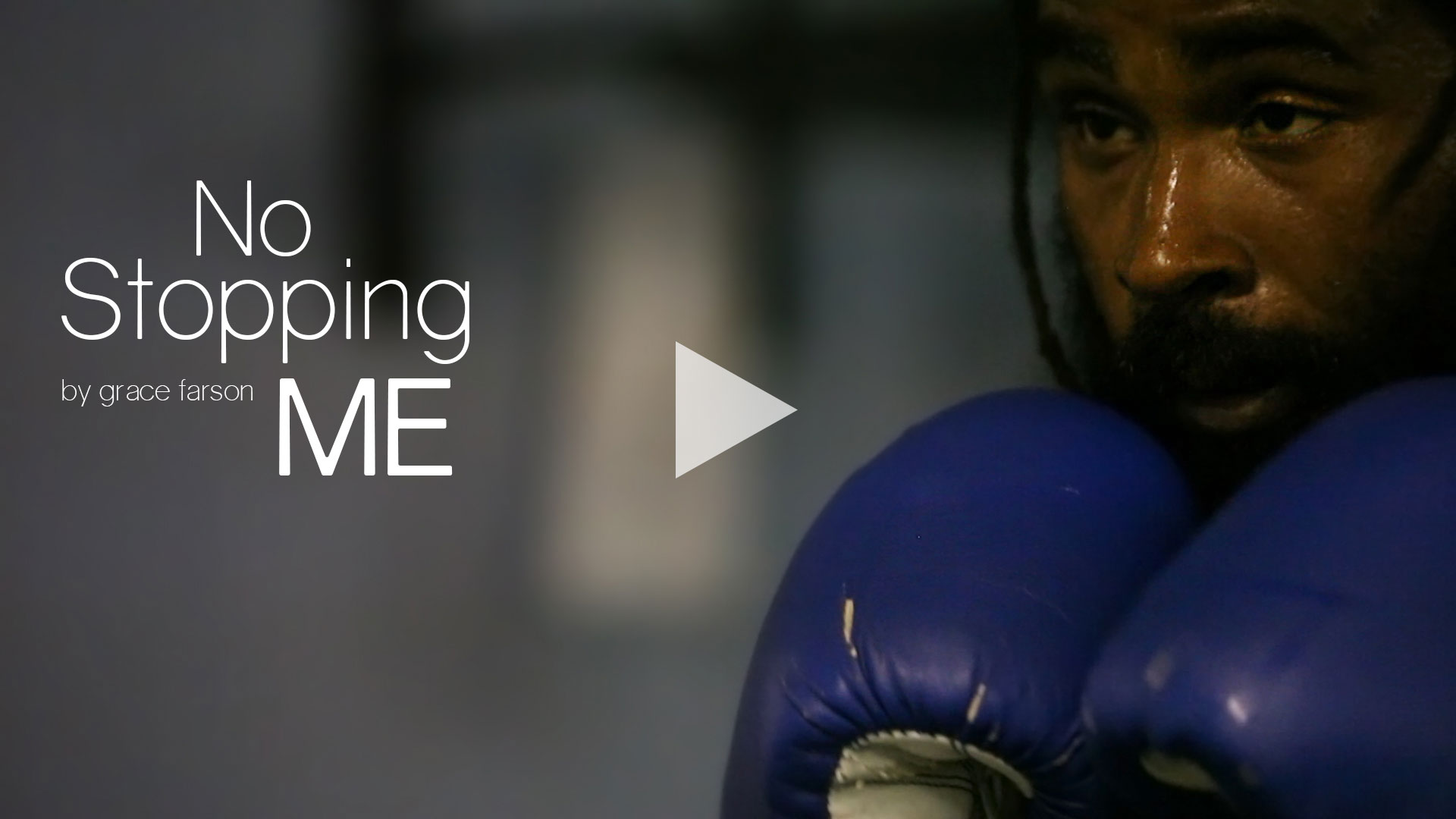 In a world of technology and innovation, Mr. Bobby’s barbershop remains frozen in time. Mr. Bobby Mitchell celebrates his 74th year of cutting hair in Columbia, NC. Although retirement has always been an option for Mr. Bobby, he finds his true calling within the community of his barbershop. However, at 97 years old, Mr. Bobby’s time of cutting hair is coming to an end and Columbia’s gathering place may soon be silenced.

“Barbers come in and out, but no one hangs around like Mr. Bobby does. Oh, he loves it.” 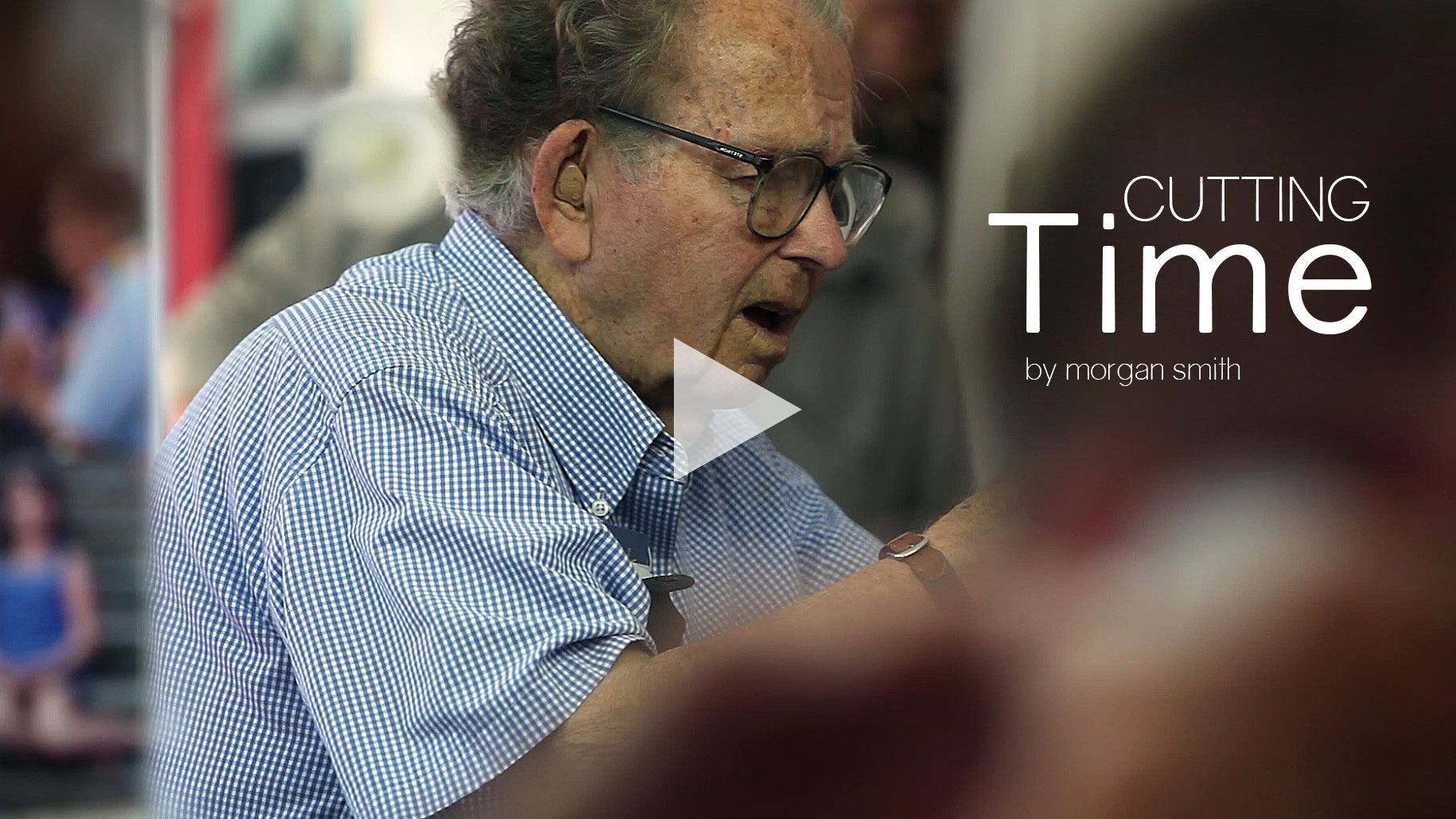 Generations of Cherry’s have played under the lights at Plymouth High School.
Two years ago, trey helped his team win a championship last year he sat on the sidelines and but after a narrow defeat in last years finals. Trey has big hopes for his senior season including a shot at a division 1 scholarship. For trey, at the top of his class academically, the lessons his learned on the field have not stopped on the sidelines.

“The football is just a tool” 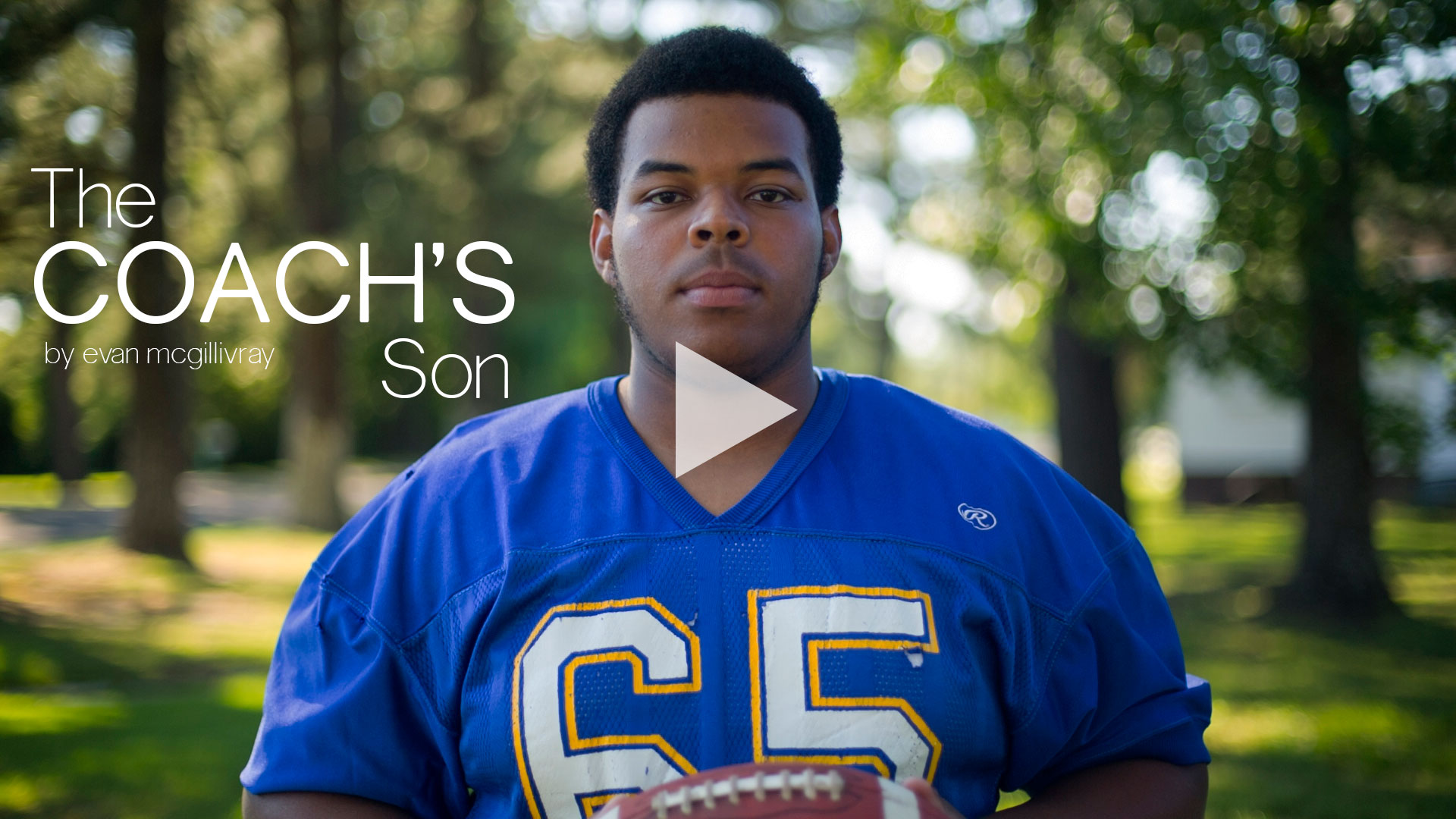 Daniel Salazar has no lawful status in the United States. Currently working at a local fish market in Columbia, NC, he has become a known name in this small North Carolinian town. The first in his family to graduate from high school, he uses their constant support as motivation. As obstacles continue to be thrown his way he refuses to fail and sees them as opportunities to excel. Despite a few setbacks in his life, this young man keeps striving to reach his American Dream.​

“North Carolina is my home, no doubt, I wouldn’t feel comfortable calling anywhere else my home.”​ 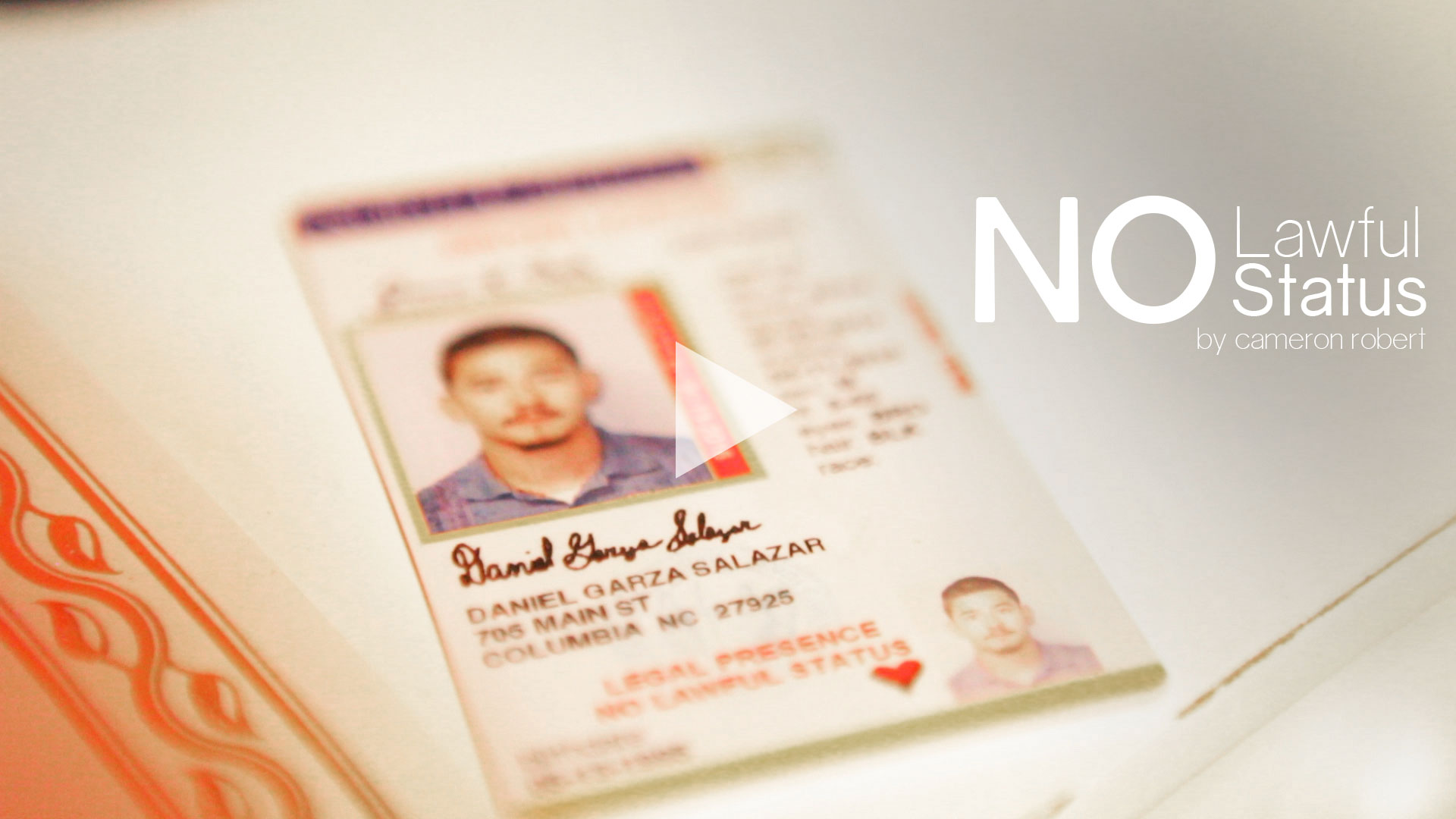 You never forget your first love. Childhood sweethearts CJ and Sarah fell in love over 60 years ago. She was 16 when she spotted him on the dance floor—a moment he claims was the best thing that ever happened to him. But when she went to college and he enlisted to serve in Germany, they parted ways. As they overcame hardships and lived separate lives, CJ and Sarah eventually discovered that their love could not be lost.

“Well there’s some things you never forget. An old boyfriend comes back in your life and stirs up your heart.” 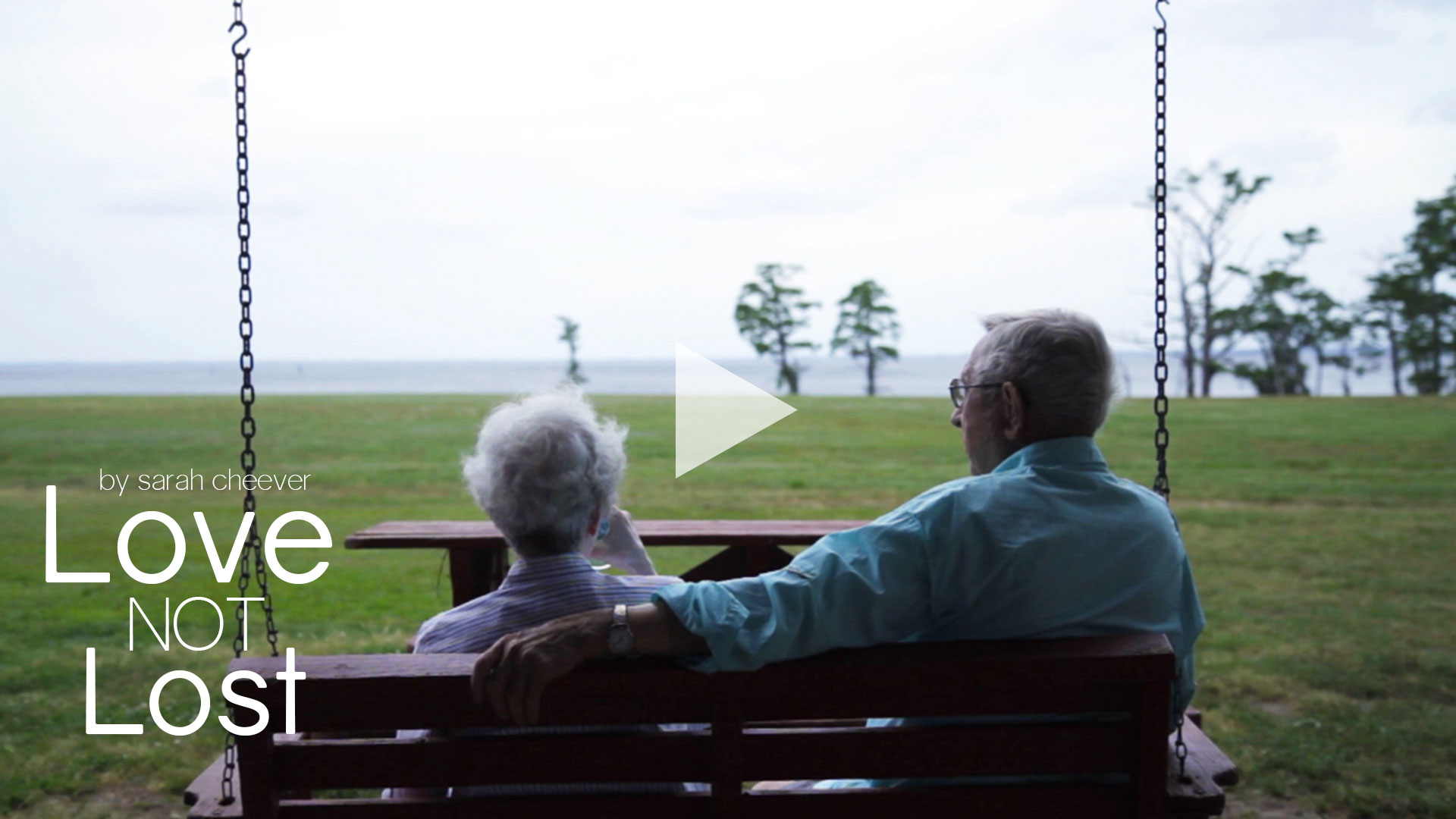 Making furniture is more than just a career for Ben Hobbs; it is his passion and his way of ensuring that his legacy lives on after he is gone.

Long Description: In 1976, Ben Hobbs fell in love with early American furniture. Soon after, he left his job and security as a high school math teacher to pursue his dreams of furniture making. Nearly thirty years later, Hobbs is the only furniture maker creating and pushing northeast North Carolina furniture. Hobbs is able to preserve the history of furniture making in the state by doing what he loves, as well as creating a product that he feels is larger than him.

“It’s nice to know that what you’ve done is going to outlive you.” 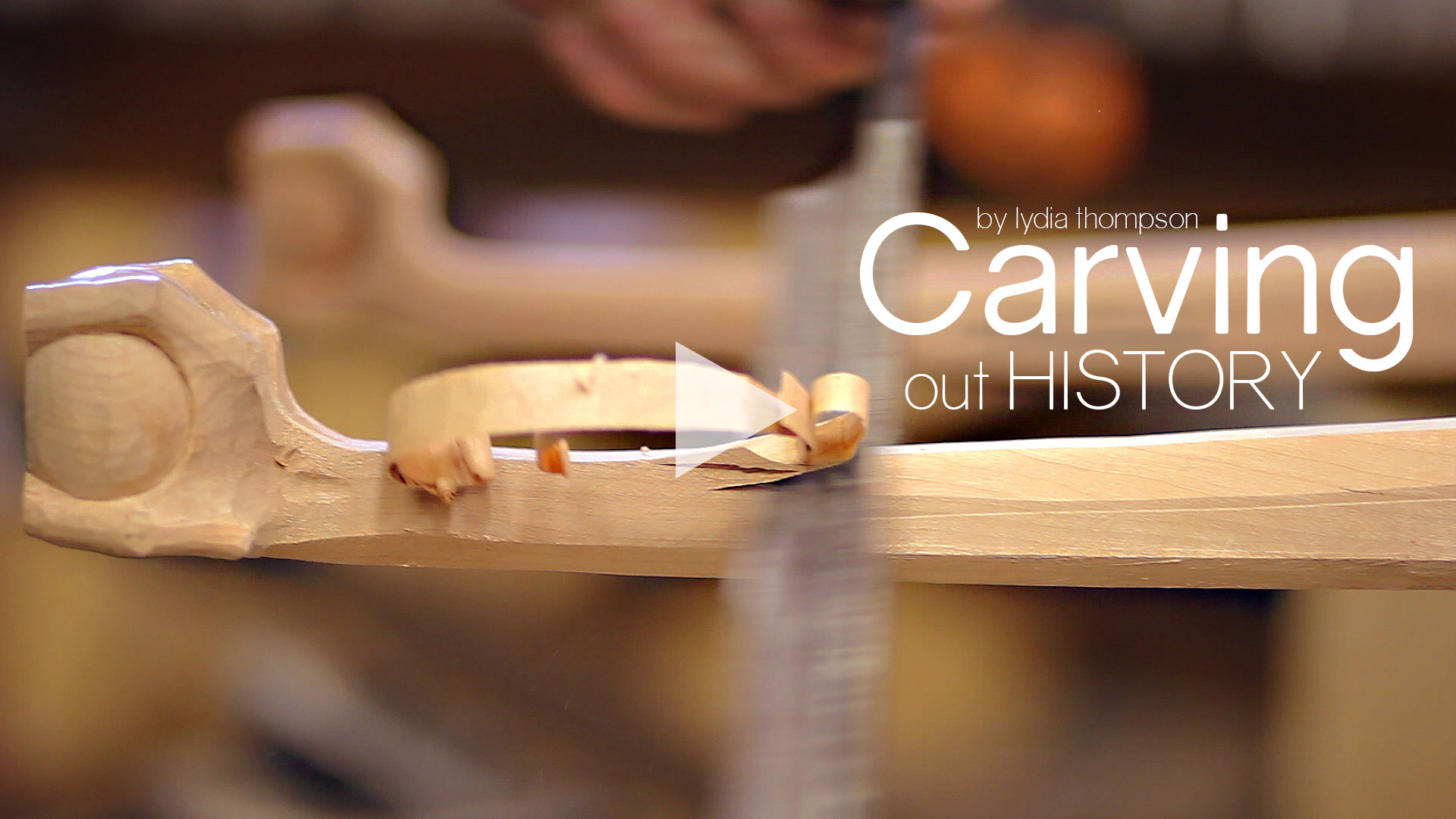 With seven-foot robots, mechanized fish brooches, light-up ray guns and other fantastical pieces, Greg Orloff has quite the portfolio. Upon moving to Columbia as an artist in residence for Pocosin Arts, Greg began exploring the Scuppernong River and collecting discarded objects to create art. Greg is inspired by science fiction and references the imagination of his ten-year old self, looking to challenge the ideas of society and push boundaries, in “little social experiments.” 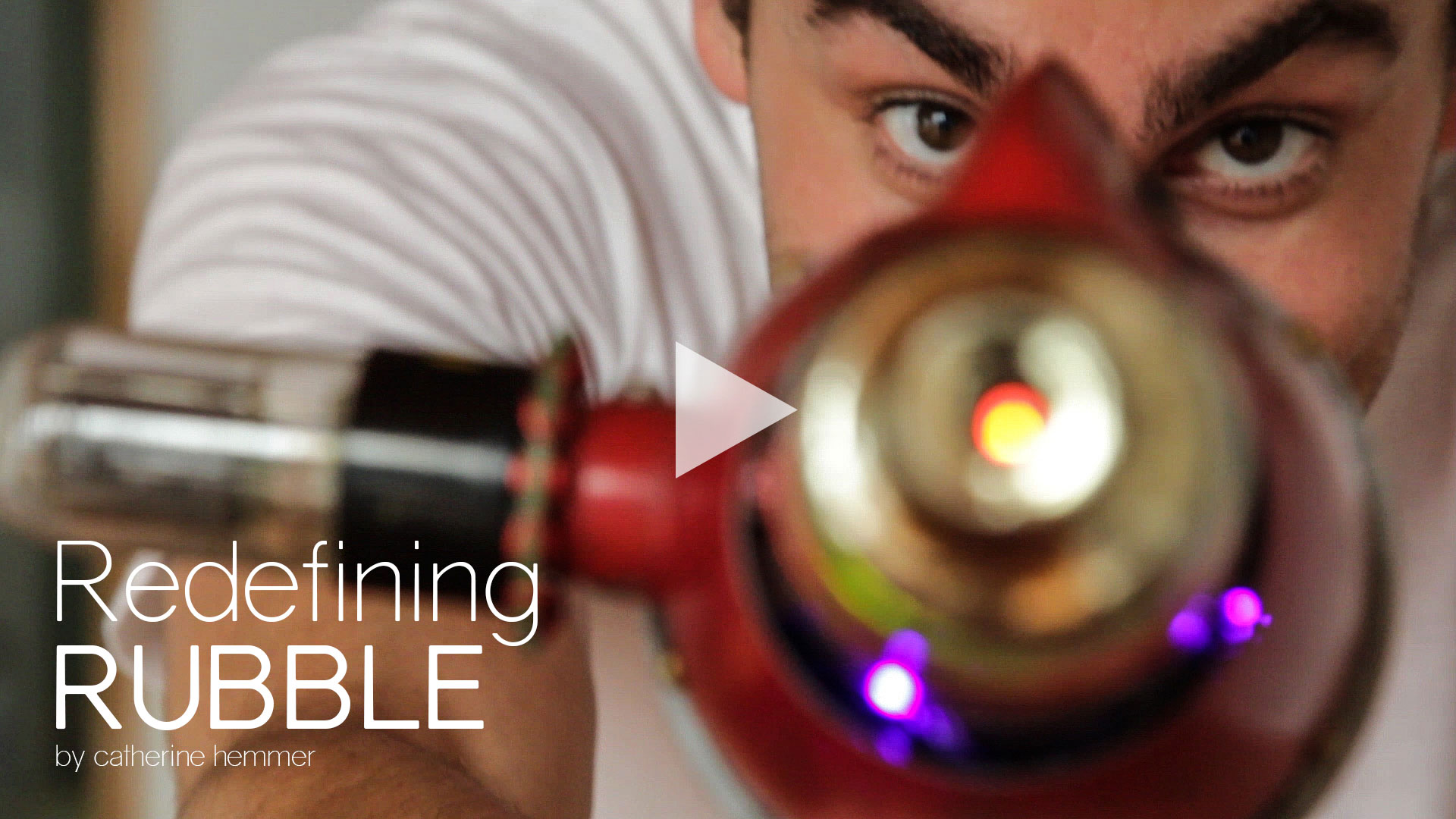 Three decades ago Ben Cherry found Blackbeard. Since then, he has made it his mission to know the legendary pirate better than anyone else. By climbing into Blackbeard’s psyche, Ben came to realize that Blackbeard was a better actor than he was a pirate. That helps Cherry channel the essence of Blackbeard in his performances throughout North Carolina and the country. Because of this dedication to this role, the line between Ben and Blackbeard has become blurred and has created the question for Ben, who’s the real Blackbeard? 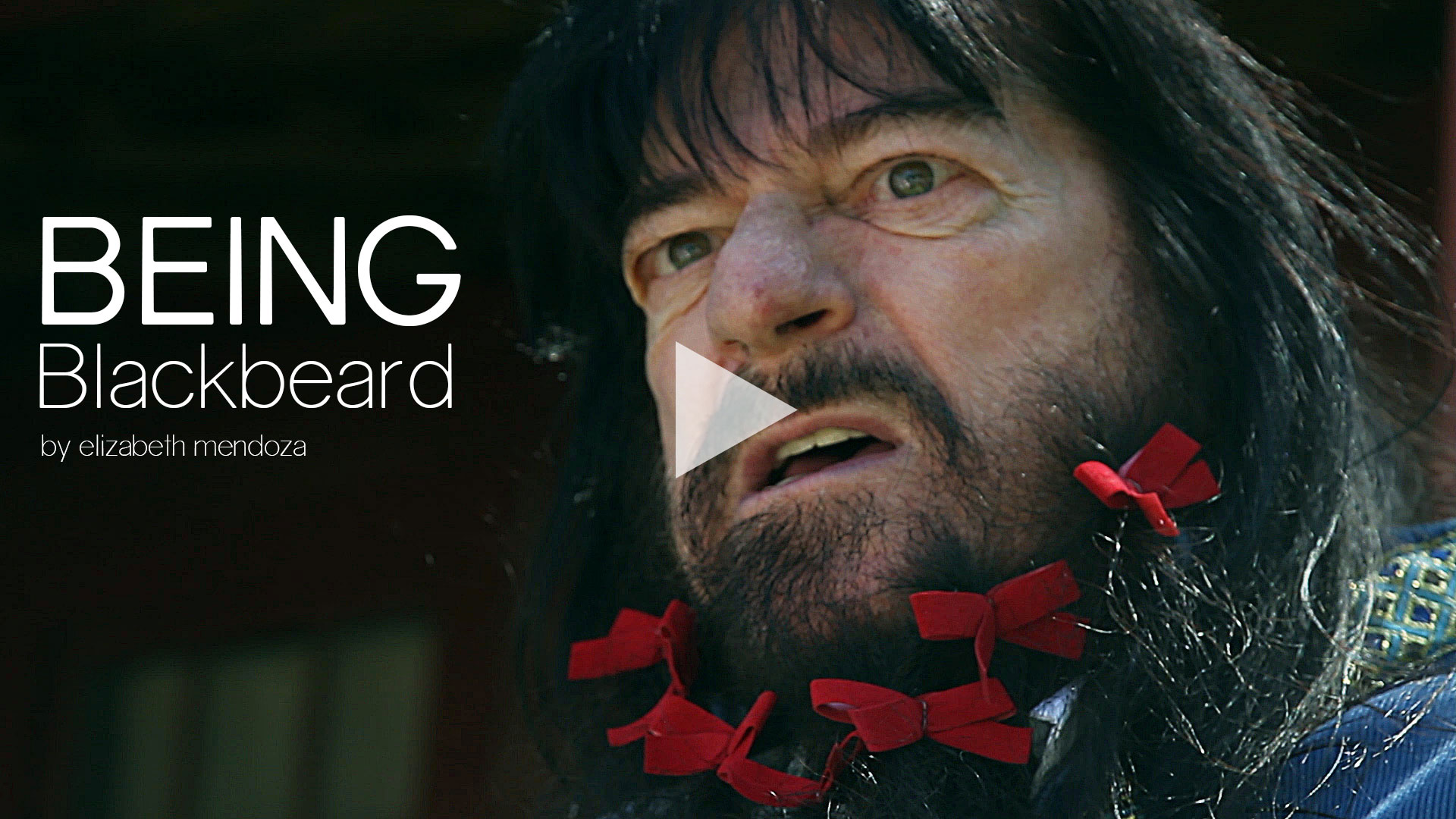 The Mackeys Ferry Sawmill is a staple business in its community, generating local opportunities and global recognition. It has been run as a family business for decades, and that personal quality is reflected in the workers. They consider one another to be family, and, in such a small community, that cohesion is the key to productivity. The town relies on the mill, the mill relies on its workers, and the workers rely on each other.

“You got somebody you can go to here or there, that’s the importance of family: being there for one another.” 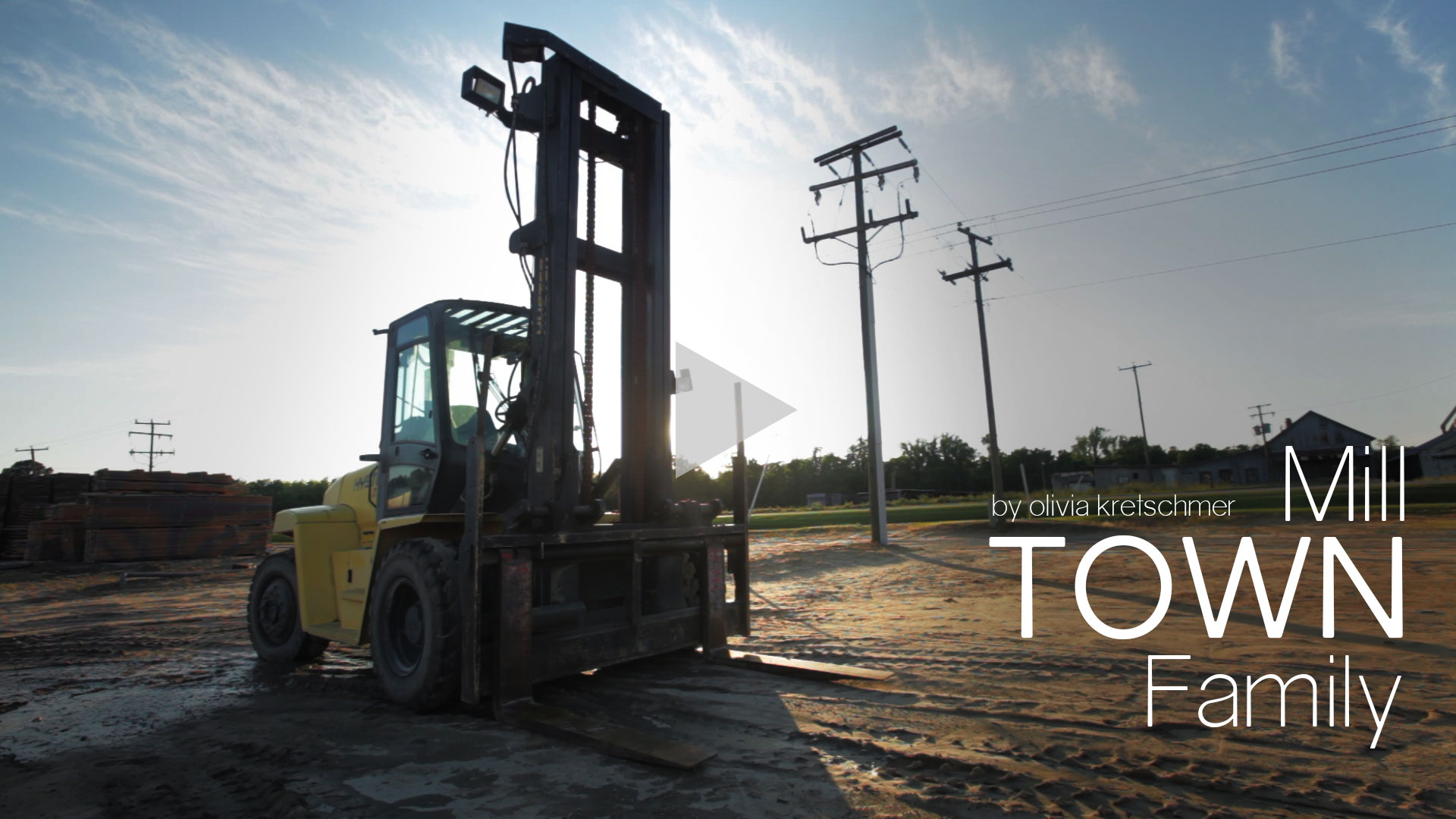 A late life career shift allowed Heber Coltrain, an outdoor adventurer, to make a business out of his passion.

Gliding across the river and trudging through the swamps is a way of life for Heber Coltrain. Humbled and inspired by the beauty around him, Coltrain loves to share his experiences with people around the world. After spending decades crunching numbers behind a desk in the insurance industry, he gave it all up to follow his passion. Coltrain now sends canoeists out to rough the rivers of Williamston, North Carolina through his ecotourism business.

“A couple of days out in the swamp will change a person’s personality.” 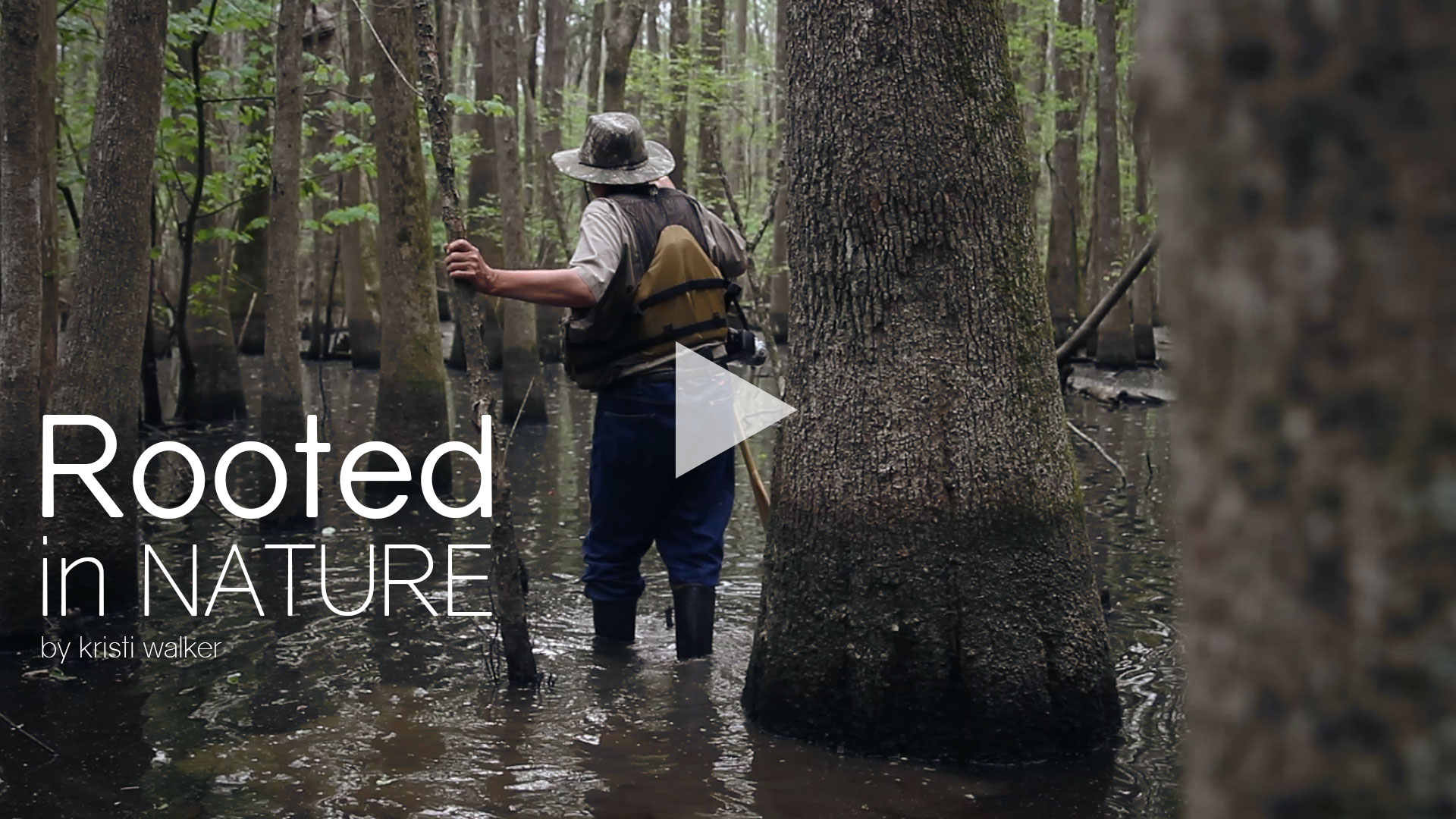 A “natural father” is a teacher, a provider and an understanding leader that accepts great personal sacrifices to protect his family. After losing his first wife to breast cancer, Reverend Eddie McNair shuttered his photography studio and returned to the family business: farming. McNair soon realized that wisdom from generations past could be a way to resolve the issues he sees today in Washington County, N.C. McNair has made it his mission to provide residents the training they need to grow a healthy future.

“Everything we do is a seed – you sow in one season and you reap in the next.” 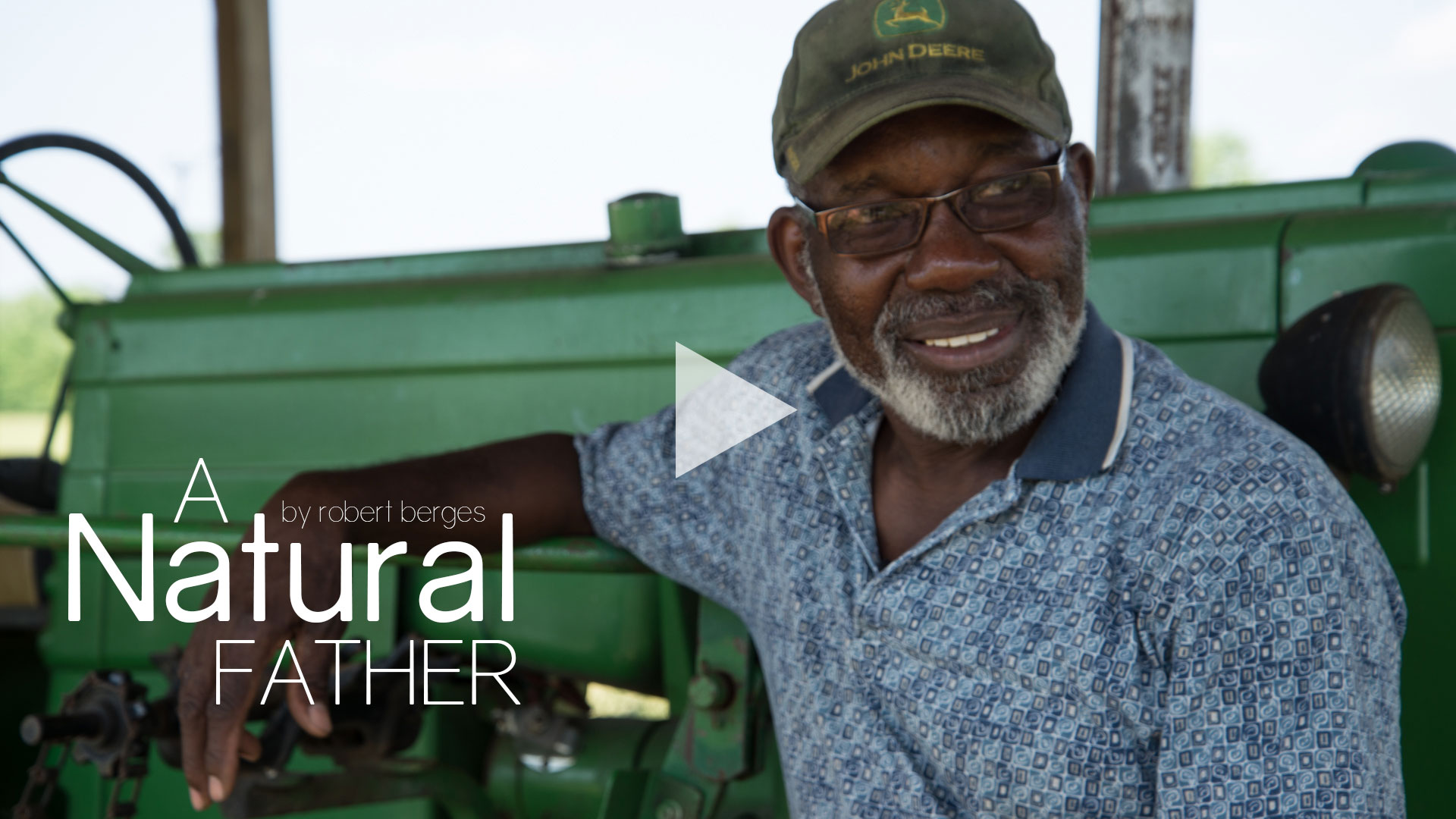 The Carolina Photojournalism Workshop was founded in 2004. Each year a group of UNC multimedia students travel to a unique part of our state to produce a documentary website in a week. Students work tirelessly with some of the finest professionals in the industry. In the Plymouth area, we found special stories of the people that make our state great., and we would like to thank everyone on the “Edge of the Sound” for welcoming us. 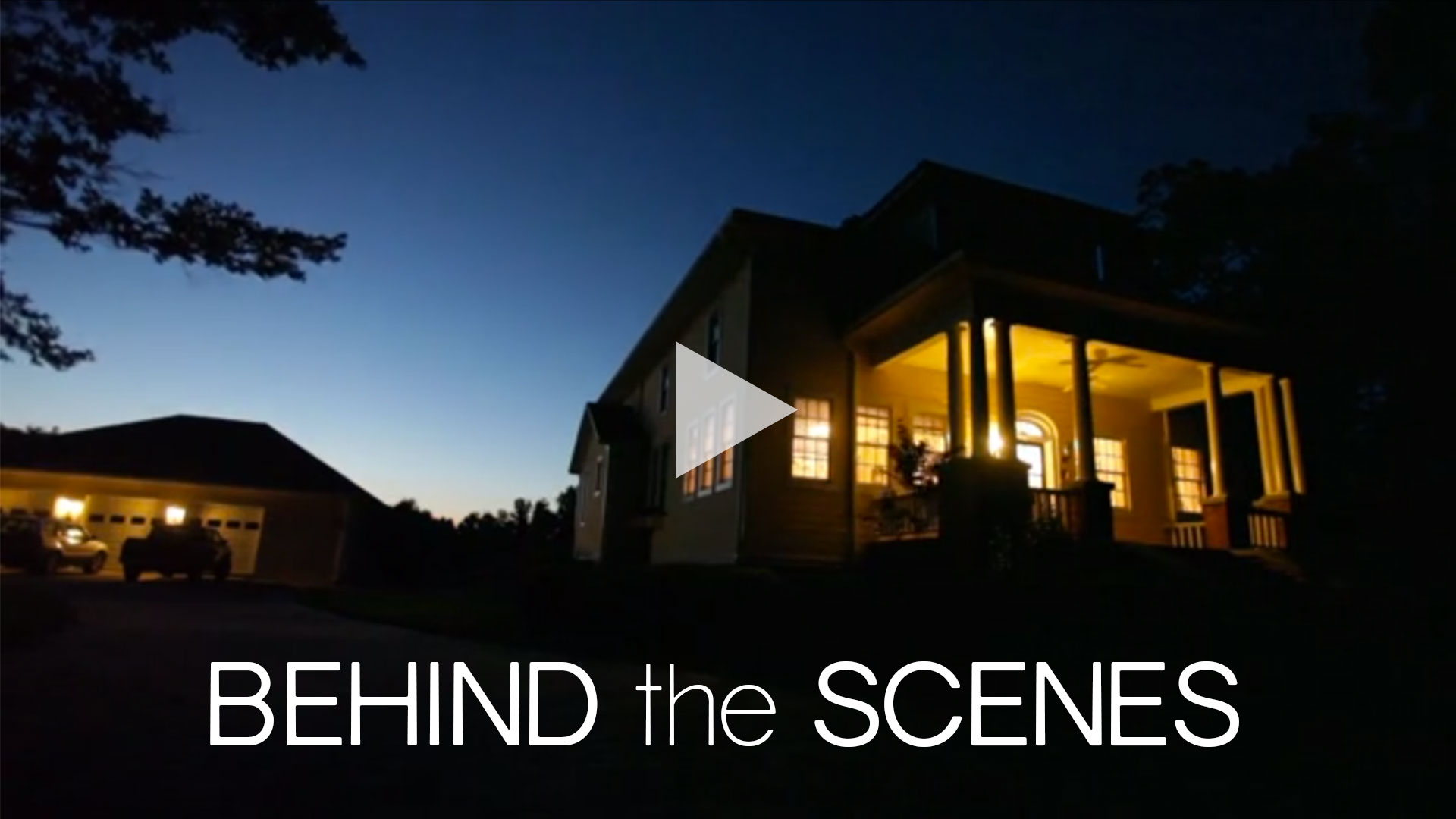 Class of 2015
Story Producer
No Stopping Me
gracefarson.com

Class of 2016
Story Producer
Heart of the Harvest
sarahshawphotography.com

Class of 2014
Project Assistant
Behind the Scenes
kafitzgerald.com

Story Coach
No Stopping Me, Love Not Lost, No Lawful Status
Director of Photography, Editor at Talking Eyes Media